Originaly there was an administrative Castle in territory of village Černice, its inhabitants had to protect the territorial border of the Slavic tribe "Dúdlebů". Little by little they built other wooden houses, and more people came to live there. Černice church founded in the late 10th century by father of the second bishof of Prague St.Vojtěch. Soon after, grew up many farming houses. In the early 14th century passed Černice to the Cisterician monastery Zlatá Koruna. These times were not only the crowning glory of the period, but also sharp clashes with the Hussites and looting during the Thirty Years' War and then Seven Years War.

When the goverment took Joseph II. found the Cisterician Order "useless and unwanted", he tried to remove it. Last Abbot of monastery did his best to convice the emperor of the viability of the order. He founded a school within the Zlatá Koruna. It taught here by the J.A. Komenský. He based industrial firms on monastic lands. Emperor was adamant. So, the order was abolished in 1785. All assets including Černice was sold to Prince Jan Schwarzenberg, for just 213 000 florins. Parish outbuilding changed to a princely farm.

Hotel Restaurant Černice*** located in the originally parish and lately Schwarzenberg farm. One part of it even served like primary school. Local chronicle writes about the famous resident of house no. 3, Mr. Karel Hrdina first translator of Cosmas chronicle. The plaque can be found on our hotel today. 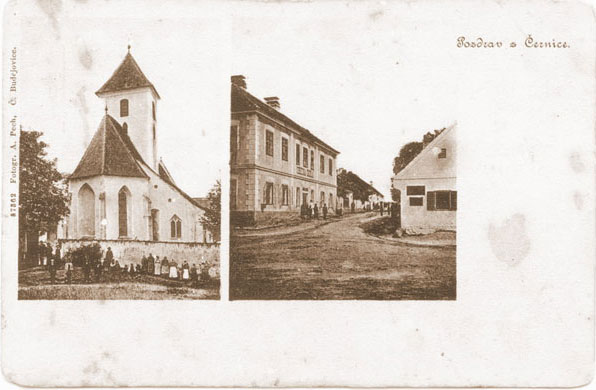 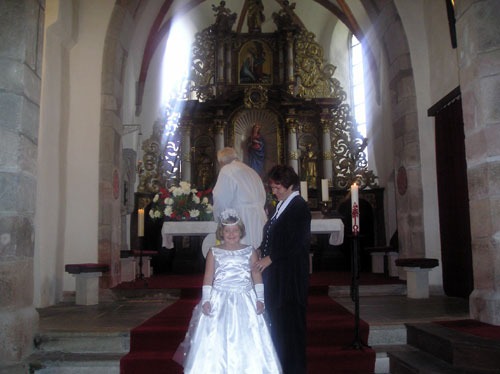